In progress, being updated as I see pros and cons.

Things I noticed setting up.

Browsing and searching interface can be a bit slow.

It appears only shows with upcoming episodes (on any channel) show up. For instance, a search for Batwoman shows a single episode on HBO Max 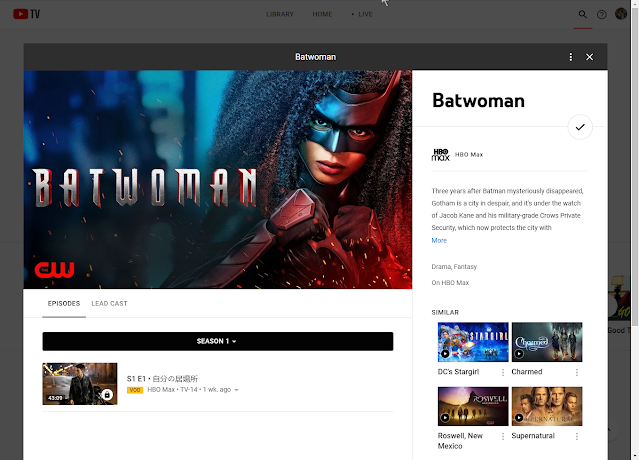 Note there are 28 episodes available on the CW site.

Search for Nancy Drew (which is in season 3 production) and you will only find the 2007 show of the same name. Yet all of season 2 is on the CW site. As I write this bit season 3 is scheduled to air in 7 weeks.

When you add a show to your "record list" it appears you also get in available streamable episodes as well. For example Drain the Oceans I got episode going back 4 weeks. Note you can skip commercials on episodes tagged "vod" because they are actually streamed from the channel's service. 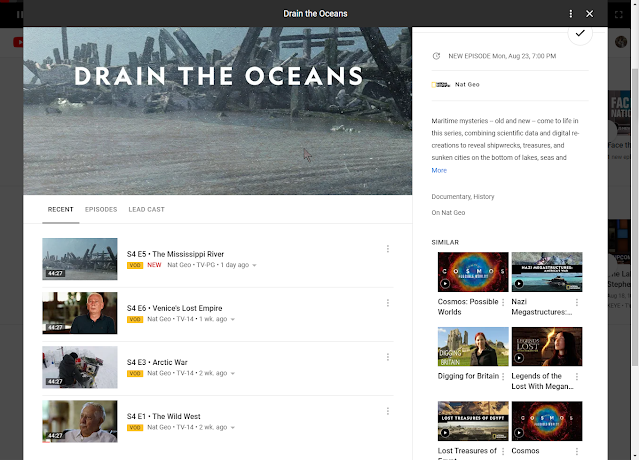 For the The Late Show With Stephen Colbert though I only got the last 3. 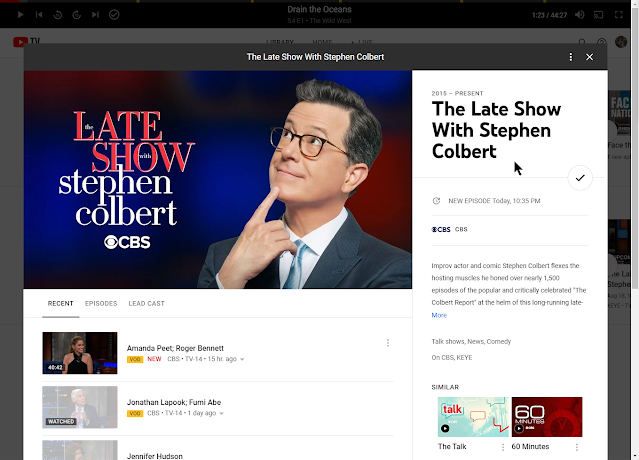 Note there does not seem to be anyway to mark any but the last season's episodes as watched so a lot of old shows may get added to your watch queue. You are definitely going to use JustWatch to track what you have seen / is available and then look in the YouTube queue for it.

When signing in on the YouTube Roku app choose sign in on phone and you are in with a couple clicks. Do on TV and you will need to type in everything with an on screen keyboard. Oddly then have to go to the bottom of the menu and select YouTube TV and will be asked to sign in again. After signing up you still need to go to the menu, scroll to the bottom and select Youtube TV which is a bit annoying. You would think they would make the paid service easier to use than the free.

Shows can be watched and fast forwarded through while they are recording. Fast forward and rewind is a single speed in 15 second blocks, similar to Tablo, so can be a bit slow jumping into the middle of a 2 hour show but it does show screen grabs while the show is still recording similar to TiVo and which Tablo does not. So easy of use is between that of Tablo and Tivo.

There is no automatic commercial option but both the Tablo and TiVo options have been working less and less so this is probably not much of a loss.

Check out this compare the Spectrum's cloud DVR