You need to get to the guide and scroll to a show. The web interfaces appears to be much faster for this.

The search function is via the magnifying glass in the upper right corner.

Clicking on a show brings up a screen to select to record the series or just that show.

You get a few more options, similar to TiVo, here than with YouTube's basic record yes or no option.

The main diffs from TiVo are:

Note for some shows the only option was to add to my watchlist. This appears to happen when it knows of the show but no new or reruns will be showing in the near future. 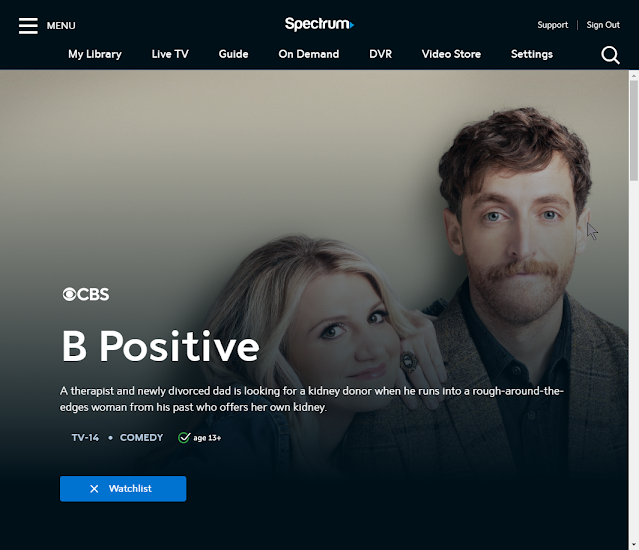 To watch recordings you get to them from the Spectrum app under my Library in the Roku app but under DVR in the web interface.

When you click on a show you get a list of recordings but there seems to be a couple odd things. First it only tells you the day not the time which can be an issue with shows like the news. Also there may be a glitch. For example, I recorded and watched BBC World News. The main page says 2 shows but the show's recording page shows 4 and all watched. The list order can be somewhat random too.

Playing a recording, the web interface is definitely better. Assuming you are at the screen to use it. You can cast to a Chromecast to get it on a bigger screen.

The main diff between Roku and web is the web you can your place in the video with the mouse and skip back and forward 30 secs. In Roku your options are just fast forward and reverse. And they are pretty quick. That coupled with no visual indication in either interface makes skipping commercials pretty iffy.
Since you are limited to 50 or 100 recordings and your only options are keep for up to a year or delete as needed for space you are probably going to want to delete some shows after you watch them. Oddly the Roku interface is better here with delete and series options right here. 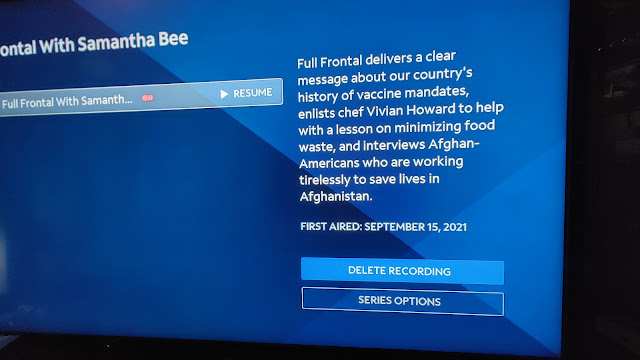 The web interface just has a red X next to the recording in the list.
Either way you have a confirm option just to be sure.